The Challenge:
To acquuire high-quality luxury real estate leads in one of the most affluent zip codes in the country.

Target Market:
Homeowners looking to sell their home in the next 12 months

For any real estate lead campaigns there will most certainly need to be a combination of relevant and useful content in combincation with with an offer. The content is where you build trust, the offer is where you acuire a users contact information and possibly more. (You could include budgets and timeframe on the forms if you’d like.)

For Josh Flagg’s campaign there was both content and an offer. The content however, was a little different than what most agents are producing.

This gave us a unique opportunity to capture contact info of people in and around Beverly Hills and Bel-Air, even though they were not real estate leads, they are still interested in Josh Flagg and would need to fill out a Facebook form in order to learn more about Josh’s Vlogg.

So this campaign has two main campaigns. “Vlogg” promotions (getting people to opt-in via a Facebook Lead form) & then a retargeting those users and asking those interested in selling their home to fill out the form if they would like Josh to sell their home.

Leads from people interested in learning more about his Vlogg were filling out the form at $0.37 each. 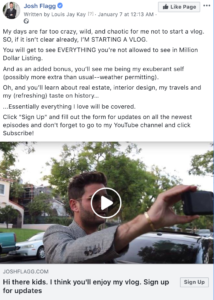 These leads are connected to Zapier 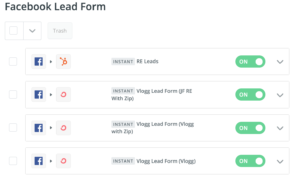 The leads the go automatically going into his ConvertKit campaign for an automated drip campaign.

But this campaign is two-fold, while we are promoting his campaign across the country and into Canada and Australia, we are also promoting it within the most affluent zip codes in his target market in LA. This is Bel-Air, Malibu and more. 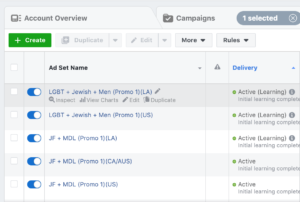 The reason we are doing this is that if they fill out a lead form in LA, we will remarket to them asking them if they are looking to buy or sell their home. And if they are, they should sign up to work with Josh and perhaps become a part of his show MDL: LA or his “Vlogg”. 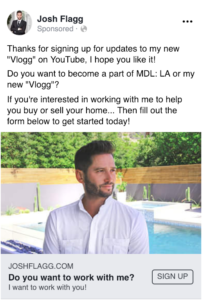 These leads are extremely valuable because they are motivated to work with Josh and they know that he and his team only work on luxury real estate deals. And to make them even more valuable, we pre-qualify them with questions that include: 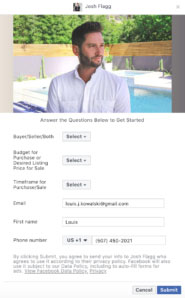 Typically, we aim for real estate leads in the $5-10 range for your everyday agent, but those leads only contain, name, email and phone number and will take a follow-up sequence to get them on the phone for a listing appointment.

The leads we are getting Josh include the most valuable of information and are for only high-end luxury real estate… AND they are literally waiting and hoping he calls… all in the $10-$12.

Once these come in, they too are connected in HubSpot, at which point, Josh and his team determine who to call first to set up a listing appointment.